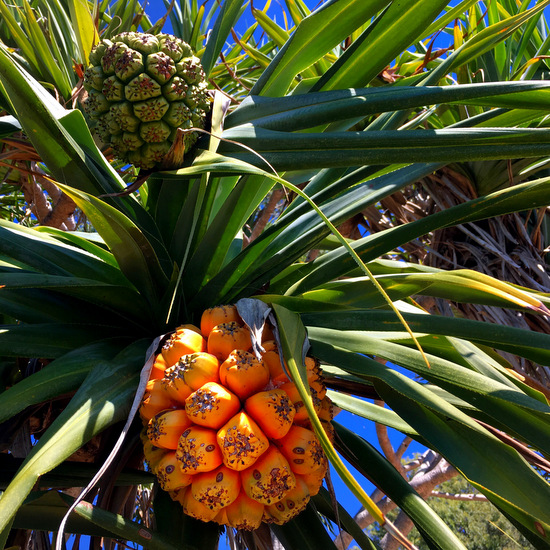 Pandanus Tectorius aka Screw Pine, an iconic sub-tropical evergreen tree, native to Australia and found growing abundantly along the coastline of Queensland. While pandanus thrive in coastal conditions they’ll also grow well further inland if planted in well draining soil and they receive plenty of sunshine.  They’re a popular tree in many Queensland gardens, grown primarily as ornamentals but their fruits are indeed edible as are the young leaf shoots, and the older leaves can be used for weaving and making string. 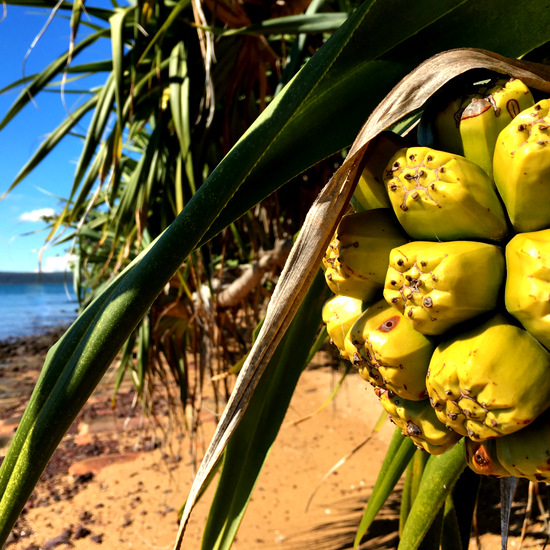 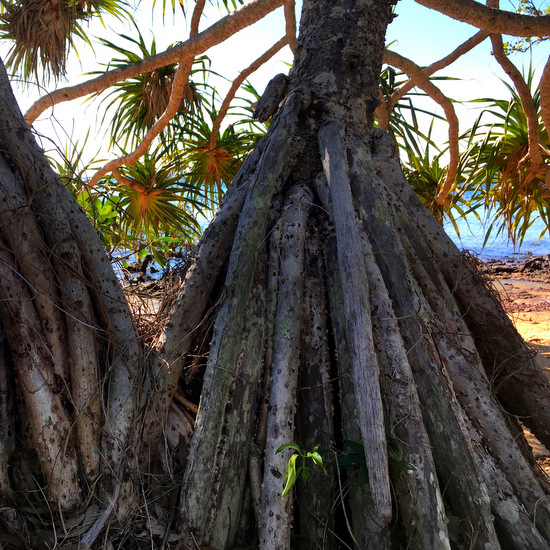 the stilt roots of the pandanus are quite something!


The large odd looking fruits are made up of individual segments (known as ‘keys’ or kernels) and are tough, very fibrous and contain hard seeds in the lower half. The seeds are also edible if roasted. The pandanus fruit can be used to flavour drinks or made into sauces/chutney. I simply made a pandanus paste by cutting the ‘keys’ in half, discarding the lower half that contained the seeds (into the compost bin) and placing the upper halves in a manual wheatgrass juicer to extract the tough stringy fibrous bits from the fruit. A nice sweet rich thick paste was extracted which I used as a base sauce in making a curry along with some coconut cream. Pandanus and coconut are a wonderful combination! 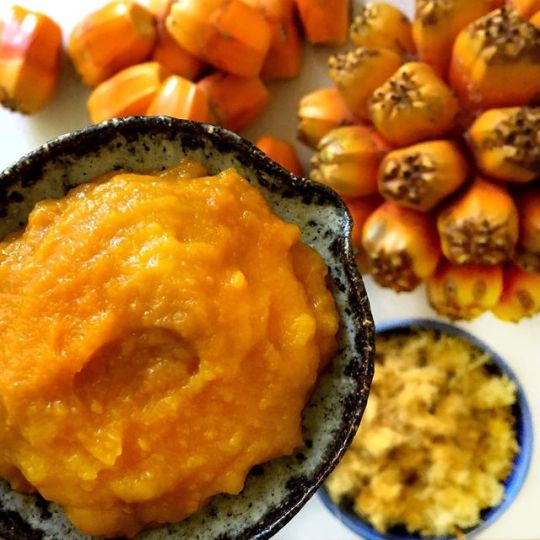 While the wheatgrass juicer did a fantastic job of removing the stringy fibrous bits, I had a difficult time trying to dislodge it from the machine. Next time I’ll be sure to remove it after every couple of kernels I press rather than right at the end. That should simplify the clean up process!