Shadow Shot Sunday! We had a record number of players last week participating in SSS. Twenty-two! Woo-hoo! Notice how that rhymed? Good. That will count as my poem for this week. The two Shadow Gallery collages were created using one photo from each participant from last Sunday, with the addition of a couple of shadow shots from the archives which hadn’t been collaged yet. I was a little limited with time this week so the collages are more random than they usually would be. Often I play around with the sequence of photos and fuss about. Then fuss some more. I still fussed a little bit, but it was minimal fussin’ this week. I like they way they turned out anyway, so maybe I should continue with the more random approach. Which is difficult for me, as I do like fussing. And making a fuss. Of everything. If you’d like to participate, shoot a shadow, post it on your blog on Sunday (or near enough to Sunday), add your link to Mr Linky, and visit other players. Have fun! 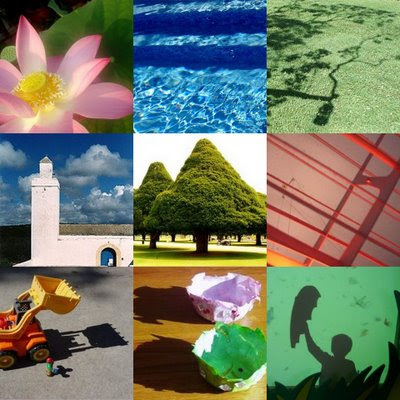 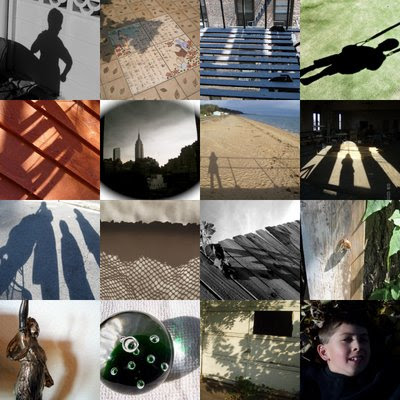 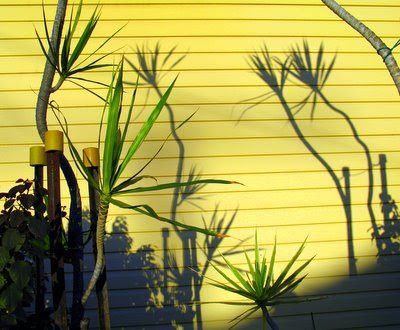 I’ve been stalking these shadows for quite some time now. I walk past this particular house on my way home from work each day and have been unable to take a photo of them before now because the occupants of the house are always in their yard, or sitting on their deck. I just felt a little weird about taking a photo of their house while they were around and could see me. So I’ve been patiently waiting for them to leave the house. They finally did this week. And they arrived home just as I was in the middle of taking my photo. Eyeing me suspiciously from their car as they pulled into the driveway. Damn it. I snuck in a snap and scampered off.

Just a reminder about the Etsy Ekka Extravaganza Sale that I mentioned in the previous post. It has now started and continues until next Sunday. I’m offering FREE POSTAGE on all items in my shop for the duration of the sale period. Visit the BrisStyle blog for further info and for the list of all participating stores. Shazzabeth has also created a lovely EEE Sale Treasury featuring items from all participating shops. Thanks Sharon! Pluggity-plug-plug! Happy Sunday!

~michelle pendergrass said…
I've been "caught" taking photos too. LOL. I can see why you waited though, it's a great shot!
August 10, 2008

Unknown said…
Hello T, luckily your neighbour didnt call the police or there wont be a SSS hosting this week hahahaha.. Nice shot, they seemed to be dancing. Such a short poem...I was looking forward to it this week. Happy Sunnnnnday:)
August 10, 2008

SandraRee said…
Twenty-two, yes! It sure is making the collages stand out. Great job, Harriet...even if you didn't get to cluck over them like a mother hen. And your poem is short and sassy, just the way I like them! lol

And you walk to work?! How lucky are you, with the price of gas and all! Well here, anyway. I can just see the occupants of that house eyeing you suspiciously, that had me cracking up. What we do for our shadow shots! Beautiful shot by the way!

I have definitely been checking out the Etsy Ekka Extravaganza Sale!

Gemma Wiseman said…
Your collages really turned out so well! Congrats! Once again, I am taking the liberty of posting one of them in my blog post to advertise what is happening here!

And I know that feeling of being careful! I have waited for a house roof shot for awhile, but the people living there are always just inside a window or in the garden! It's not a good look aiming a camera their way!

But your pic was certainly worth the patience! It turned out so well in the chance winter sunlight! Fantastic!
August 10, 2008

A Wild Thing said…
That's why I'm putting a fence all the way around my house...to keep my weird wonderings (sometimes crawlings) for that illusive Shadow Shot under wraps. Standing motionless in my garden on one foot stretched out over the blossoms, camera in hand, one can only wonder what the passersby on the 4-lane are thinking...if they know me, they never question...hmmm

Katie said…
What a great photo!

I know what you mean...I always want to photograph people's yards when I take walks, but it makes me feel too awkward.

Anonymous said…
Yeah, I'd be uncomfortable taking the photo with the owners around. I'm glad they finally left, giving you a chance to take the photo.

Gina said…
These shadows are definitely worth stalking T!..Very interesting, love the star picket covers :D
As always the collages look awesome..and I've seen a few I didn't manage to visit last week so will pop over in a minute!
Your poem was short and sweet but a good one!
Enjoy your Sunday...from one fuss pot to another! :D Gxx
August 10, 2008

Elizabeth said…
I love the idea of you stalking to get your super shot!
Yes, one does have to be quite careful sometimes.
The collages were super.
their randomness adds charm.
Greetings from New York.
August 10, 2008

Ali said…
The stalking (and getting spotted!) was worth it! It's a lovely shot.
And 2 great collages, I didn't get 'round to them all last week, so your collages were good :)
I'm thinking that 'I like your old stuff better than your new stuff' in regard to your poetry though ;)
Happy Sunday
August 10, 2008

Anonymous said…
The things we do for our art! It would have made a nice shadow shot sequence of the the plants, the irate owners, the police turning up, getting questioned - all in shadow, or maybe not...
August 10, 2008

Anonymous said…
Most definately worth the wait Tracy a stunning SSS, i can just imagine you high-tailing it up the street making a getaway after the occupants arrived home. It is an addiction. The collages look fabulous, i thought i had visited them all but on seeing these there are some i have missed so will check them out later after our fishing trip. Happy Sunday to you, thanks for the link for BrisStyle, fabulous creations. Annette :0)
August 10, 2008

Anonymous said…
Enjoyable as always. I love the little truck shawdow pic. That's awesome.
Love your shot too. Glad your neighbors didn't call the cops... gosh... then you would be writing poems!!!
August 10, 2008

Unknown said…
Love this week's shot of yours Katy. Also the formal trees -- isn't it wonderful to note that the conical tree has a round shadow?
August 10, 2008

thetinylittlegirl said…
oh wow! that pic was totally worth getting caught over. really great shadows!
August 10, 2008

T.Allen said…
What an interesting shot! there's a house nearby that I've been wanting to take pictures of, same problem. I'm ready to have my kids throw a ball in their yard-at least if I get caught I can make up a quick reason. :D
August 11, 2008

Junkers On The Loose said…
Hehehe, you've got guts girl! I'd have been skeered of being chased away! It is such a great shot though!!! I hope you realize what you REALLY started here with Shadow Shot Sunday - there's gonna be people crawlin around, layin on the ground, hoppin over fences n jumpin through the prairies in search of the great Shadow!!! haha I'm lovin it and can't tell ya how much I look forward to Sundays now!
Smiles, Lorie
August 11, 2008

You geeky shadow stalker you;D (I read that and heard Nelson..."ha ha shadow stalker"...now I can't stop thinking it!) Would have loved to have seen that whole little scene!!

Victoria said…
This is my favorite collection to date! Beautiful!
And I really like your shadow shot of those fun, spiky plants! Wouldn't the family be surprised to know that right now, people all over the world were admiring the side of their house!
August 11, 2008

Toni said…
Sneaky, Sneaky!!
At first, I had to take a double look to see which were real and which were shadows! Doesn't the sneakiness of it all make it even more fun??
August 11, 2008

please sir said…
Wow this is so amazing - just keeps getting better and better!
August 11, 2008

Waterrose said…
Can anyone join your shadow shots...looks like so much fun.
August 11, 2008

Sarah McBride said…
those are some excellent shadow shots this week. probably best week yet!!
August 11, 2008

Unknown said…
Hello T, was laughing when I read your comment on that giant cricket bat..so I took a look again and it does look like one. Oh, I forgot to mention, the Orang Utan stared at me and asked me to say hi to you !! hehee..
August 12, 2008

Gray Eyed Scorpio said…
I always enjoy looking at these collections.
I posted my own shadow shot on my blog today.
August 25, 2008