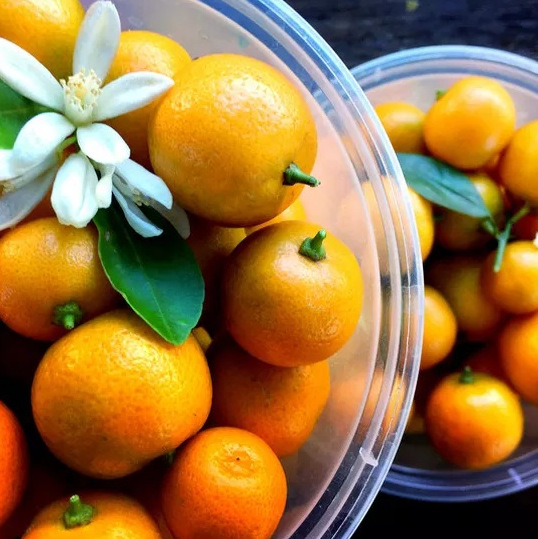 Candied cumquats are delicious little treats that can be used in savoury dishes, added to salads and cheese platters, sweet desserts or simply enjoyed on their own as a snack. And they’re crazy simple to make. 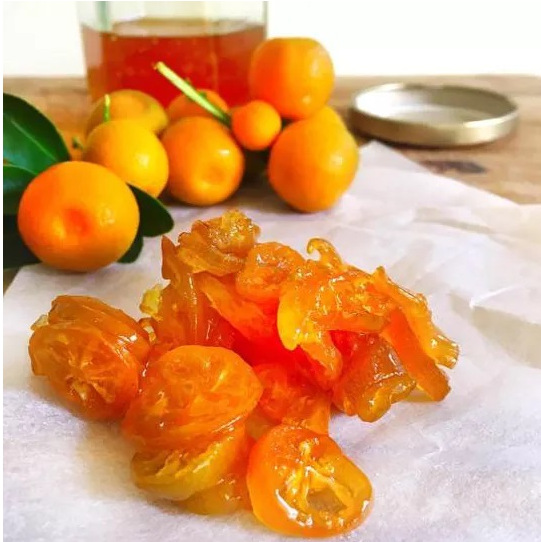 Method:
In a heavy based saucepan dissolve the sugar in the water and bring to a boil. Once boiling add the chopped cumquats and reduce the heat to low and let simmer for about 20 minutes (until the fruit starts to appear translucent). Scoop out the cumquats and place into a glass jar or container and add a little of the syrup over them. Allow to cool and place in the fridge. They’ll keep for up to 2 weeks refrigerated. The remainder of the cumquat syrup is well worth keeping also as you can use that as you would any other type of syrup. Baked goodies (syrup cake!) or poured over ice-cream! Speaking of ice-cream… a handful of the candied cumquats added to a good quality chocolate ice-cream with some of the syrup drizzled over it, is heaven in a bowl!

Now, if you have a huge pile of cumquats you may wish to make cumquat marmalade. You’ll have no need to include a setting agent as cumquats contain enough pectin to achieve a nice firm set naturally. 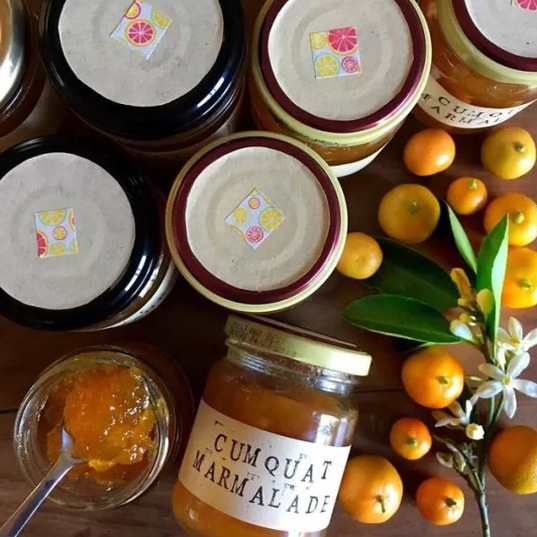 If you make cumquat marmalade, add some to a cheese toastie. It’s the best!

This is a blog post that I had originally written and published on the Infinite Earth - Organic Market website in September 2018.
Email Post
Labels: homegrown preserving recipe