Victorian bushfires have killed 181 people according to the lastest death toll at the time of typing this.

The death toll from the bushfires is certain to rise further. Victorian Premier John Brumby has vowed to rebuild the razed communites, but as the toll mounts the grim fates of many residents are becoming clearer. Thirty-five people died in Kinglake alone, while 22 deaths had been confirmed in St Andrews out of a population of just 1500. Strathewen, with only 200 people prior to the bushfires, had lost 30 residents in the last official count. Fire fighters dubbed the tiny town the "Valley of Death". A bridge out of town was damaged, leaving those still there as the firestorm swept through with little chance of survival. Three bodies were found crowded in a bath. The victims may have hoped the water would save them but instead it would have boiled in the intense heat - excerpt from the news.com.au website 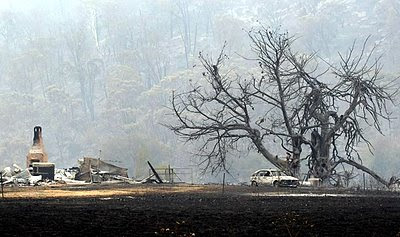 A destroyed property on Myrtleford-Yackandandah Road. Photo by David Caird 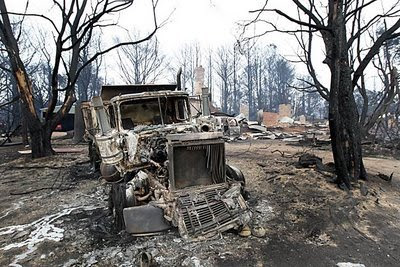 Fires ripped through the area of Pheasant Creek. Photo by Fiona Hamilton 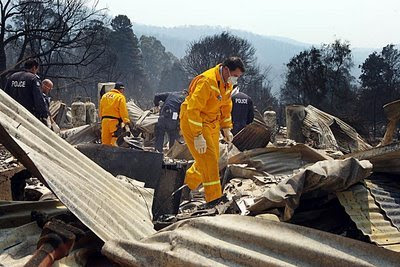 Forensic Investigators comb through a building in Marysville in search of victims. Photo by Mark Smith 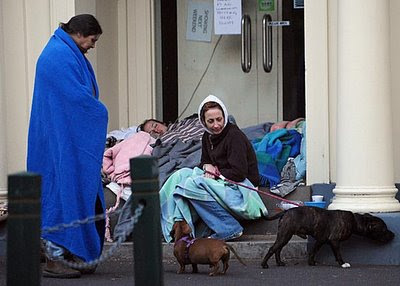 People affected by the bushfires sleeping at the community centre of Healesville. Photo by Craig Burrow

Fighting scrub fire on a property off Blacks Flat Rd, near Beechworth. Photo by David Caird 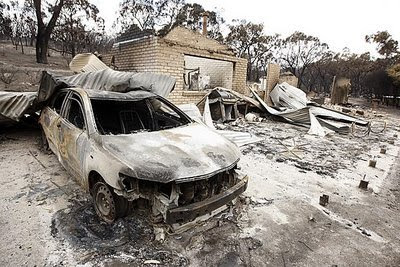 The devastation left after fires ripped through Callingnee. Photo by Tim Carrafa 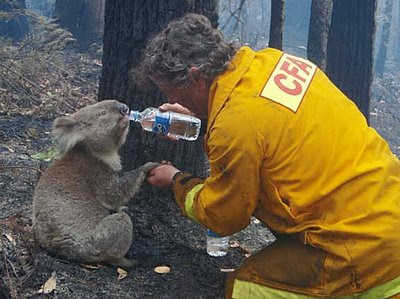 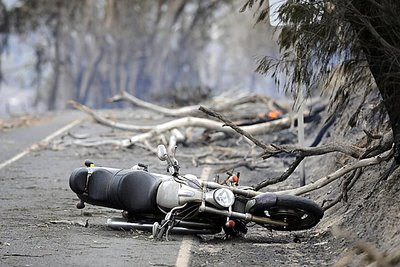 It's believed that the rider of the bike was found deceased near the crash scene. Photo by Darren Tindale
The Australian Red Cross have set up the Victorian Bushfire Appeal and are accepting donations. Please click here if you are able make a financial contribution to assist the victims of these horrific bushfires.

I have decided to disable the comments on this post. I'm hoping that the lovely folk who do visit my blog and wish to leave comments will instead click here to leave a thoughtful little message of support for the brave firefighters. Many of them are volunteers, risking their own lives to saves others. Thankyou xox
Email Post
Labels: Uncategorised...